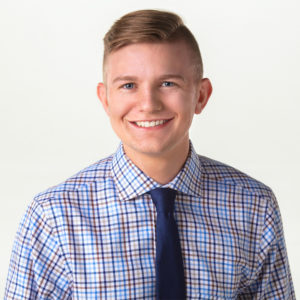 Jeremiah “Jerry” is a graduate from Bethel University in Saint Paul, MN, with a Bachelor of Science in Biokinetics, Human Bioenergetics. He made the Dean’s list all four years in college, won the fast brain award at amateur nationals, and served on the biokinetics board junior year. He is a goal setter, organized, moves quickly to action, organized and enthusiast. Jerry is passionate about all aspects of dirt bikes. Riding them for fun, racing competitively, working on them, and training to ride them. He enjoys spending time with his friends and family, outdoors duck and goose hunting, and cleaning up waste left by other people, along with grilling and smoking meat, and likes wrenching on various projects in his garage. He is passionate about nutrition/diet and teaches people about the correct nutrition/diets. As Americans, we are always looking for the quickest fix possible, and social media is very persuasive. Social media is good at pulling people in and getting them to believe things without giving them all the information needed to educate themselves or form opinions. Jeremiah is a results-oriented professional who can easily make things happen by turning thoughts into action and is energized by making things better. He is independent and moves quickly to action. He will always do what he says he is going to do. He is ethical and respects his teammates. His energy, drive, and accountability are what sets him apart from others. He does not quit until he has met his goal. Punctuality is essential. Growing up, his mother always made them late, and for that reason, he lives by the motto ‘being early is being on time, being on time is being late, and being late is like not evening showing up.” He is known for being a perfectionist and not being afraid to put in the extra effort to get a job done. Whether early mornings, late nights, working in extreme weather conditions, or incredibly stressful situations requiring mental strength. He is a very social person who enjoys networking, meeting new people, and learning from others. He is coachable and likes to learn new things. He is organized and wants to do things the correct way the first time, not waste time.

Send this to a friend